In 1871 Santa recorded the lowest toy delivery rate in history. Only 32% of children got their toys that year. (13% lower than in 1936 when The Grinch snuck into and ransacked every home in Who-Ville). To add insult to injury, his poor delivery rate was only a piece of the Christmas pie.  Of the 32%, only 6% got what they asked for. Timmy in Spokane asked for a baseball and bat, but received a doll. Cathy in Springfield asked for a new bike but got an empty can of Pabst Blue Ribbon. Sally in Pittsburgh asked for a new doll but received a carton of cigarettes containing mostly empty packs.

There were some initial reports that Blitzen had torn his HCL (Hoof Cruciate Ligament) and slowed the sleigh beyond belief. Another supposed eye-witness claimed Mrs. Claus accompanied Santa on that fateful night and demanded Santa pull over and ask for directions which set them back hours.

Neither story is true.

The true story finally emerged in 1998 when a journal was discovered stuffed inside the attic wall of a home in upstate Vermont. Written on faded and torn pages and tucked away for decades, the secret of what really happened was revealed.

Two men, Ralph Shucksbucket and his good friend Buck Billywiggle, happened upon Rudolph, Dasher and Blitzen playing craps, er, I mean “reindeer games” outside of Bilbo’s Pub shortly after 2am one evening. Inside they discovered a jolly, inebriated Santa regaling the locals while guzzling a pint of spiced mead. The rest of the story sort of tells itself although doesn’t do much to explain exactly where the tiger with three elves riding on its back came from that galloped into the frigid snow when the bar owner opened up the doors the next morning.

The only reason authorities accidentally happened upon the evidence was because they coincidentally were investigating the murder of Frosty the Snowman which evidence showed happened on the front lawn of the residence. 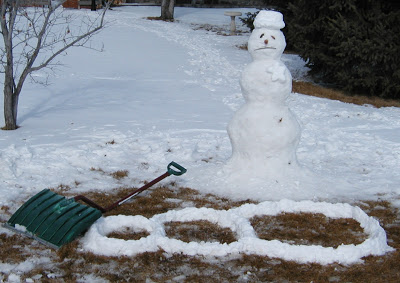 Despite Gore’s shovel left right at the crime scene, near the chalk-snow line of Frosty, he was acquitted on all charges.

Al Gore was the prime suspect in the case and arrested on murder charges. Gore claimed it was global warming and not the direct of result of him building a bonfire in the yard, putting Frosty in direct line of the blistering inferno.

Luckily for Gore, Frosty had ultimately prognosticated his own demise in a recent song which lyrics read,  “let’s run and we’ll have some fun now before I melt away.” Jurors ultimately decided it was either suicide or Frosty was one helluva clairvoyant. The latter didn’t seem plausible considering frosty had ice for brains. The judge later admitted that during the case he learned Gore had invented the internet which led him to then influence the jurors in Gore’s favor. He had recently entered into an agreement with a young man in Nigeria where he would sign a lease for a local apartment and send the Nigerian $2,200 but in return the man had promised to provide the judge with $2 million once he arrived in the U.S. The judge wasn’t about to lose out on that deal and figured that if he imprisoned Gore, the internet would cease to exist, therefore making his transaction impossible.

So what does this have to do with holiday beer pairings?

Absolutely nothing. But I figured I’d tell it anyway.

Holidays are a time for families to gather, enjoy a meal, and engage in memorable conversation. For beer drinkers it can be a time of palate overload and chaos. With so many different dishes combining a bevy of flavors, it can be difficult to quell one’s desires for pairing perfection. However, unless Aunt Edna brings her mystery meatloaf, these should treat you just fine.

Beer Pairing: Keep things light and don’t overwhelm those taste buds or your liver with a hop-laden IPA or heavy-hitting stout that’s going to knock your stockings off. Here are a few suggestions: 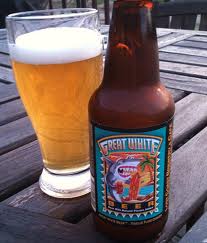 It can be tough to pair beer with Aunt Mildred’s brussel sprouts, shrimp cocktail and the mystery cheese platter, so just pick one and enjoy.

Beer Pairing: Aged cheddar has a rich flavor and slightly tangy bite, making it better to pair with IPAs. 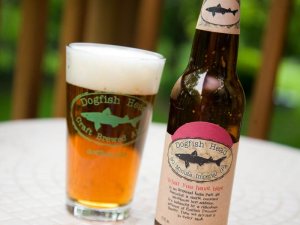 Beer Pairing: You have two uniquely different flavors here: shellfish and the spicy tang of cocktail sauce. Typically you want to pair with the strongest flavor so if you just go with shrimp, then you’ll want to pair with something fresh and light that you’d drink on a warm day. If you get the inkling for some hops, do a session IPA like Lagunitas DayTime Ale (Session IPA, 4.65%) When pairing with the sauce, you want something to accentuate the spiciness or to cool it down. I personally think that Dechutes Fresh-Squeezed IPA (American IPA, 6.4%) is one of the best beers to pair with anything, and no exceptions here. The sweetness from the IPA cools the heat, but also has just the right amount of bitterness to compliment it.

Beer Pairing: Turkey can be quite plain, and one goal when pairing is to pick a beer that is opposite. What’s opposite in the case of this poultry?  Robust beer bursting in flavors or maltiness. There’s nothing a beer can drown out here so holiday beers rich in spices or strong German beers are great. A few ideas: 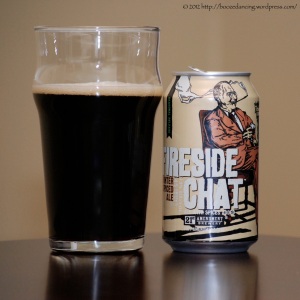 Beer Pairing: Both sweet and salty earthy beers with some sweetness, examples listed below, are best to pair with this favorite holiday meat. If you’re really adventurous, try a Gose beer. Gose beers are uniquely tart with a salty backbone. The first beer on this list goes with just about any dish in my opinion because of its slight bitterness, robust sweetness and citrus overtone.

Beer Pairing: This is the time to break out the heavy Christmas ales or, if you’re looking to completely pass out under the Christmas tree, a barleywine. 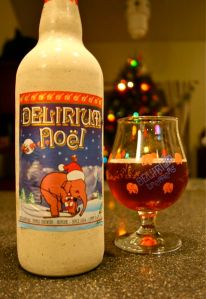 Don’t forget to leave some of these dessert beers out for Santa to go with his cookies. Happy Holidays from all of us at Pampers n’ Pints.