In the spirit of Christmas, I thought I’d share this article I came across on my own laptop and start a new theme on they blog about kid’s books and characters. What better way to start it off with one the of the classics – The Grinch?

After researchers grew the Grinch’s heart from two sizes too small to one size too big, the ecstatic Grinch claims he now loves Christmas

A Who-Ville team led by zero revolutionary scientists were able to grow heart tissue using an experimental method and can now equivocally say that the Grinch’s heart is three times larger than before. Working around the clock, or near one at least, this science miracle came to life by using stem cells accidentally donated from a Christmas cookie.

How did this discovery happen?

Others quickly learned not to talk behind Mousey’s back

Growing replacement tissue from stem cells is one of the principal goals of biology. So far, scientists have grown tendons, cartilage and an ear coming off the back of a mouse which actually served no medical purpose whatsoever. It has however, forced that mouse into a life of despair, ridicule, and solitude despite being able to hear for miles through his back. The mouse was last seen loitering outside a dive mousetrap gluttonously ingesting an entire wheel of cheese.

“We knew that stem cells were being investigated in the regrowth of tissues, and there was no better test subject than that of The Grinch,” the lead researcher proclaimed to himself in front of a mirror. “First we tried using stem cells from a snowman, a reindeer, then a nutcracker with no success. It wasn’t until one of our researchers accidentally dropped part of his Christmas cookie into a petri dish and that’s when everything changed. All this fizzing and such started happening.”

Typically the first stage of any experimental trial would begin on animals before advancing to humans, but The Grinch makes this trial quite difficult to discern.

“Since we really didn’t know what species The Grinch is, it made it tough to know who or what to get the stem cells from,” a researcher answered when asked about the source of the stem cells. “The Grinch is neither human, nor animal. After asking him many times for his medical history and getting only incoherent gibberish about his head not screwed on right, or his shoes being too tight, we eventually agreed this is what we were to expect from someone who didn’t even realize he wasn’t wearing any pants.”

Uh sir… you feeling a draft of any kind or…?

This is not the first time Grinch has been in the news. Born with a heart two sizes too small, and with a scornfulness for Christmas, his disdain hit its pinnacle in 1965. After ignoring calls from PETA and gluing antlers onto the head of his dog Max, he made his way down the treacherous mountainside and ransacked the town of Who-Ville the night before Christmas. He stole stole everything from pop guns, bicycles, checkerboards, and “Housewives of Orange County” DVD’s.

“All I know is that morning I woke up, went downstairs; you know the usual routine, and that green crook took all our gifts including my Justin Bieber calendar,” a local Who-villian mentioned in an interview shortly following the heist. 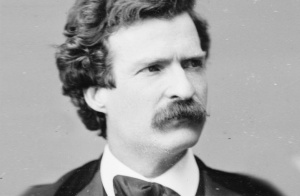 Sorry, what’s that? The Grinch is a fictitious character? So my entire life’s work – complete waste of time. Great. I hate this blog.

Addendum: The local Who-Villian did contact us after publishing to state that the Justin Bieber calendar wasn’t actually his,, claiming it was a gift. He requested that be noted.

The Grinch was eventually cleared on all charges when he returned all the gifts he stole, carved the roast beast at Christmas dinner and agreed to watch three seasons of MTV’s “Jersey Shore”, continuously as his punishment. Since then, despite beliefs that he would finally lead a jovial and compassionate life, he regressed and has spent the last several years brewing with hatred until this magical elixir was discovered; stem cells donated from a christmas cookie.

Prancer is not bitter at all

The news of this discovery spread all the way to the North Pole, but not everyone was impressed.

“We already have the science to give every reindeer a red nose but selfishly Rudolph has fought us tooth and hoof,” a disgruntled Prancer contemptuously exclaimed when interviewed about the discovery.  “In my opinion, if it wasn’t for that foggy Christmas Eve, that egocentric future-wall-mount still wouldn’t be playing any Reindeer games.”

So what’s next for The Grinch and his new heart?

“Most of all, I love Christmas. I want to chop down my own tree, fill a stocking, unwrap a present, or just enjoy some good ole’ fashioned yule tide cheer. I want to experience it all. I’m starting to see life in a whole different way – seeing things I’ve never noticed before like birds chirping, carolers singing, like – Holy shinsplitters! I’m not wearing any freakin’’ pants!”