We usually don’t pick up water mammals, but we feel pretty good about this one. Hop on into the cart partner – let me just push aside these vats of mustard.

The sun’s piercing rays snuck around the edge of my car door as I pushed it open, blinding me momentarily. Planting my feet on the sun-drenched concrete, I gazed out upon the dozen of rows of cars and abandoned, colossal shopping carts. The carts were large enough to fit a family of five, a pilot whale, or 23 jars of relish into. My parents had come for the relish, but would just as easily settle for the pilot whale – if it came in a 3-pack, simply just because.

Some say original Costco/Price Club founder thought every business should be run like it was a Manhattan night club.  Others say he had an itching phobia that undocumented shoppers were making off with 17 gallons of Pepto Bismol on the regular. Whatever the case, Costco was the first and to this day, only shopping establishment to employ bouncers demanding evidence of membership just to get in.

“State your purpose,” the woman at the entrance quizzed. She was the only person standing between us and the ability to buy 600 liters of canola oil.

“We thought, just maybe, if we’re lucky, if you would be so merciful and let us pass so we can purchase 47 pounds of shrimp cocktail… gosh, we would be forever grateful,” my mom stammered.

“Do you plan to eat all that or are you feeding a family of sea lions?”

Hungry? Gosh, darn, we, well do have shrimp, but unfortunately we’re committed to buying more than we need and wasting it in our freezer. Sure wish we could help.

“Well, we plan to eat a few and then keep the rest in our freezer until they go bad or for when we think we need room for a box of 400 Otter Pops – whichever comes first.

We made our way into the belly of the gluttonous warehouse beast, an odiferous stew of samples and cardboard wafting in our path. The massive building was filled from the floor to the ceiling with everything a human could want…had they been a giant who hadn’t eaten in five centuries.

I had skipped breakfast and the lunch window was quickly waning. I stepped out of the office and immediately felt the crisp autumn air nipping at my nose. It was a dark and gloomy day, the ominous clouds engulfing the morning blue sky seemed ready to unleash a fury of precipitation at any moment.  Perhaps my subconscious daydreams back to my childhood visits to Costco were playing in my mind that day because I couldn’t stop thinking about a Costco hot dog. I was cooped up all day at my desk so I decided to burn off the future caloric intake by walking there. Visions of plump, artificial meat, topped with tasty, condiment goodness danced in my head with each step.

“I’m actually just here to get some food,” I notified the “b 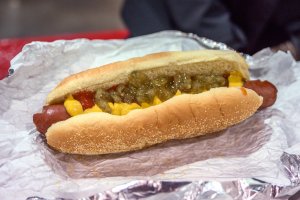 ouncer” at the store entrance when I arrived which I had done many times before.

“You have to be a member sir,” the woman chirped.

“Well, I am a member, I just don’t have my card today,” I lie. I never carry my card, mostly because, well you shouldn’t have to carry a membership card to buy a stick of processed pig scraps. 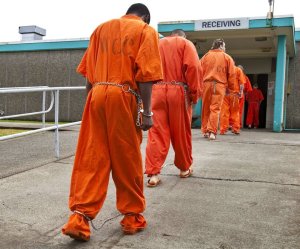 Son let this be a lesson to you. You try to buy a $1.50 hot dog without a membership and this is what happens. Despicable.

I was then escorted over to member services like a new prisoner being paraded through the prison yard.  I was already labeled a trouble maker.

“Look I’m just looking to get lunch real quick, I’m sure this will only take a second, I just don’t uh, have my card on -“

After a few quick keystrokes from the membership services representative, my situation became even more dire.

“It looks like your wife removed you for a Nicole Albrecht?”

I should’ve figured then and there that being removed from our CostCo membership was probably symbolic. A loved one doesn’t blockade their partner from buying a BBQ brisket sandwich without cause.

“Yes that’s her sister, but I pay for that membership, I mean we spend thousands of dollars here each year. I walked all the way down here and have nowhere else to eat.”

At that point a person walked by about to take another bit of their tasty combination pizza, a drop of oil running down the side of their mouth. My mouth began to water.

“What’s the worst that happens. I sneak into the store and attempt to buy 24 bottles of pickles before getting tackled and tasered at the register?”

“You’re welcome to talk to the manager.” 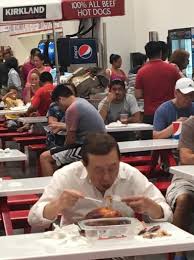 “What exactly should I talk to her about? That she’s left a man to starve to death, while the rest of the store’s patrons gorge themselves on chicken bakes? You know what? No. No I’m not going to talk to the manager. I’ll tell you what I’m going to do – I’m going to walk on out of here, trudge back in the rain to my office and buy a bag of sun chips for $2.75 from my work’s vending machine for lunch. What do you think about that?”

And I did. That really showed them.

After hearing about my saga, the decision on membership was discussed Costco’s next board meeting.

“This isn’t about rules or a lack of general morals set forth by the founders of this great establishment Bill,” began the CEO.  “This is about not standing by and letting any billy bob buy a nitrate-filled stick of pig blubber that wants to. What type of people would we be if we did that?”

“What’s next? Just anyone can walk in off the street and purchase an 8-pack of toilet bowl cleaner? A 24-pack of dental floss when they want it? Only people who have paid their membership (or whose wife hasn’t removed him from his membership) can walk into a Costco and pick up a chicken bake, berry smoothie, and if they choose – a 172pound bag of flour… 12pack.”

When I’m not eating lunch from Costco, which apparently is always,  what beer am I drinking? 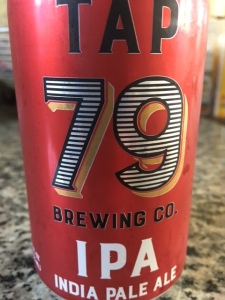 Unlike Costco, Trader Joe’s lives their life on the edge, allowing any cut-throat, rabid zombie, or obsessed kale chip addict to cross the threshold into their establishment. So it seems only fitting that the beer featured in this entry should come from there.

I’ve seen unknown breweries at Trader Joe’s before but didn’t realize their clandestine plight until now. It was difficult to find anything about this beer for one simple fact: the brewery doesn’t exist. Tap 79 is the Trader Joe’s moniker for LA-based brewery, Golden Road. You wouldn’t know this though because they aren’t allowed to market it. I can’t confirm, but it’s likely because Trader Butch, the well-known Trader Joe’s brewing savant wants people to think it is him who is hard at work, and not the Los Angeles brewery giant.

No need for hops in this batch Jim, we’ve got all the ingredients we need

With that said, this isn’t a bad IPA. Decent flavor, perfect ABV, but can’t hold a beer jock to other Golden Road classics. At $6.99 a six-pack, you can’t beat it. Love its golden color and drinkability, but aroma doesn’t jump off the page despite what BucannonXC5 on Beer advocate says. This chap suggested the aroma not only smelled like soap, but pinpointed the brand (Irish Spring). Not sure how many soap bars he had to smell before connecting the two, but ultimately, I hardly think that a beer smelling like a clean Irish guy is a plus.